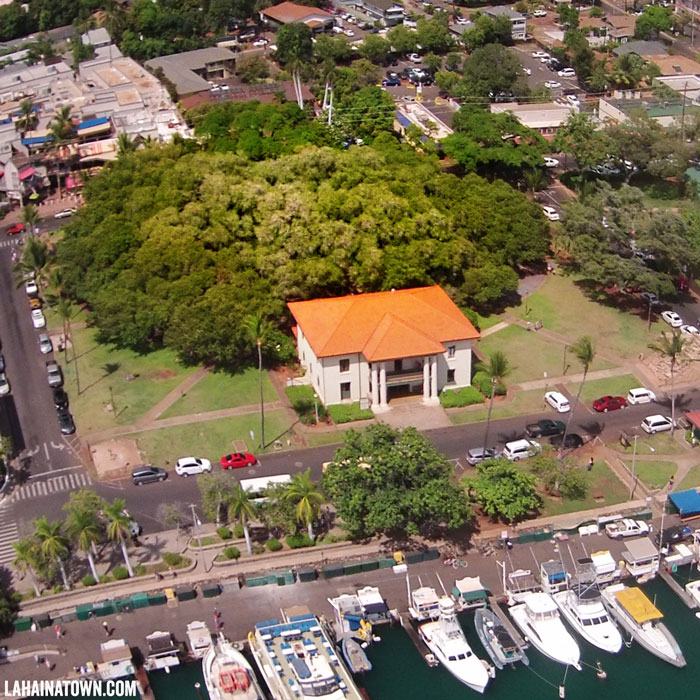 Lahaina is universally known for a wide variety of reasons: The buzzy, beachy town on Maui’s West Side houses the largest mecca of art galleries on the island. Famous faces frequently pop up on its globally-renowned Front Street, whether it’s Mick Fleetwood playing a show at his eponymous bar, or—way back when—Demi Moore and Bruce Willis overseeing the opening of the now-defunct Planet Hollywood. Every Halloween, its main drag is closed off to a parade of epic proportions, earning it the name as Maui's biggest event. Award-winning restaurants line the seaside village, talent abounds in the form of magicians, hula dancers, and Elvis impersonators, and surfers clamber to its harbor from sunrise to sunset.

In other words, Lahaina is one hopping spot—but its history is just as riveting. Visit Front Street and chances are you’ll be bolted to the spot by the sight of its enormous banyan tree—a tree that holds much of Lahaina’s history.

The Heartbeat of Lahaina Town

Enormous is no understatement here: Spanning 1.94 acres—over the length of a city block—and rising more than 60 feet in the air, Lahaina’s famed banyan tree is a quarter of a mile in circumference and possesses 16 trunks, making it the largest banyan tree not only in Hawaii but also in the United States (and one of the most massive in the world). 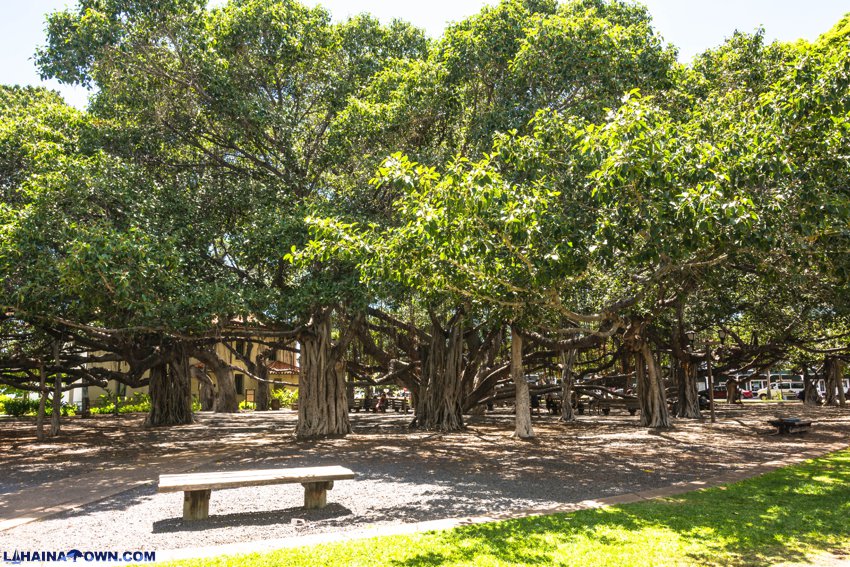 Thank age and resilience for its immensity. The tree, called paniana in Hawaiian, was a mere 8-foot sapling when Lahaina’s then-mayor William Owen Smith—a Kauai native and the attorney general of the Republic of Hawaii—planted it in the heart of the village. The year was 1873; the reason for its harvest the 50th anniversary of the first American protestant missionary in Lahaina—a monumental event that forever altered Lahaina’s trajectory.

Lahaina Town has long been considered infinitely appealing by many. Perennially warm and dry—indeed, Lahaina’s original name, Lele, means “cruel or merciless sun” in Hawaiian—with a stunning backdrop of the West Maui Mountains and the spectacular beaches that front them, the first King of Hawaii declared the sundrenched settlement the capital of the islands in the early 1800s, bringing to the arid hamlet a brick palace and a number of other royal residences. 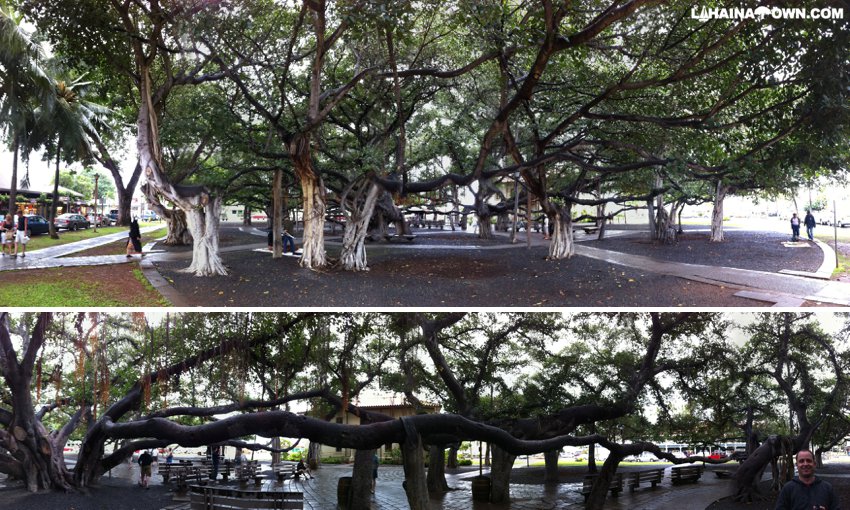 That decision proved to be auspicious: in the decades that followed, Lahaina, with its prime position in the Pacific and the global need for oil produced from whales, became one of the leading whaling ports in the world, a title that coincided with the arrival of missionaries and their stringent principles—customs that were entirely in opposition to the hard-drinking, disorderly sailors who docked in Lahaina. Jailed sailors were the norm, measures were taken to cease prostitution among locals, and the capital of Hawaii was relocated to Oahu. The missionaries remained, however, and along with them the banyan tree that Queen Keopuolani (the “Sacred Widow of King Kamehameha the Great”) instructed Smith to sow. 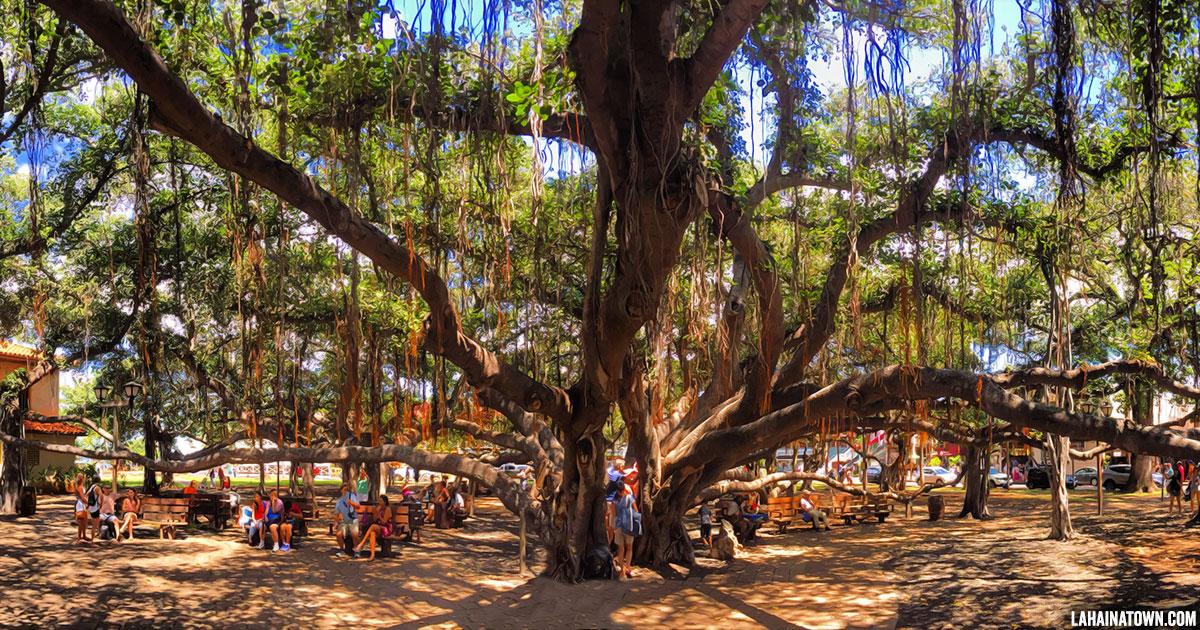 While remnants of the town’s conflicted past remains—Lahaina is at once raucous and refined, booming with the gutsy spirit of its past residents—its early 19th century soul is best represented in the banyan tree itself, which matured with the help of a local Japanese gardening society and other Maui residents, who hung jars of waters on its roots. A member of the fig tree family—of which there are 60 types in Hawaii—Lahaina’s banyan tree’s root system is, in every sense of the word, a marvel: Descending from its branches, aerial roots drape towards the ground, where they take root, thicken, and form new trunks that allow the tree to grow vertically and horizontally, giving it a skulking look that brings to mind Southern Gothic. (To the outside observer, larger banyan trees—including Lahaina’s—appear to comprise several separate trees.) 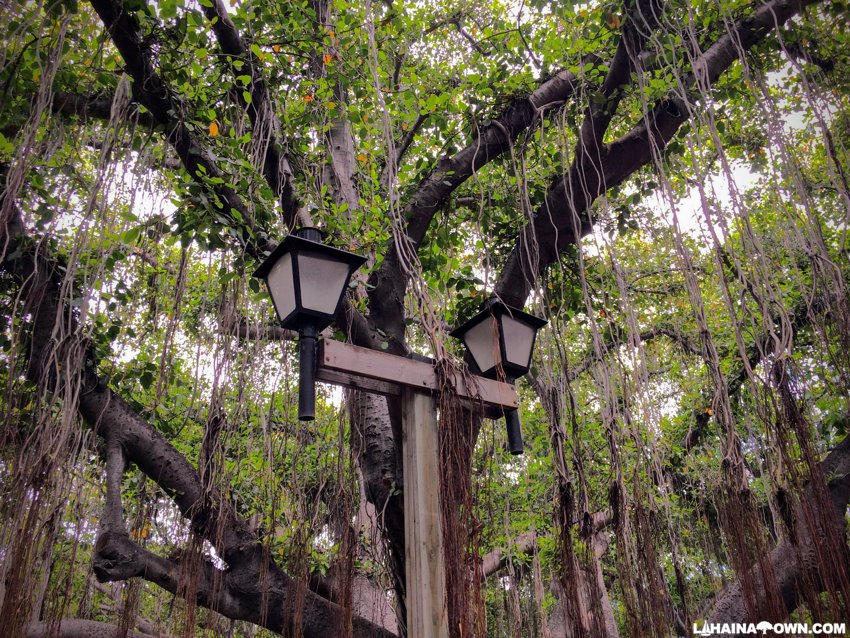 But southern it is not. As “the most venerated tree in Asia,” as National Geographic puts it, the banyan symbolizes the fulfillment of wishes in Hinduism and enlightenment in Buddhism. Translated from the Indian language Gujarati, “banyan” means merchant, as the shelter provided by its canopy made (and makes) it the perfect place for vendors to peddle their wares.

In Hawaii, banyans are just as valued—a fact that was underscored in 2000, when measures were taken to restore Lahaina’s ancient tree’s health, including the installation of an irrigation system by the Lahaina Restoration Foundation—in part to preserve it as the home to hundreds of mynah birds.

The park in which the Lahaina banyan tree grows is just as enchanting as the mammoth root system that feeds it. On the makai—or ocean—side of the tree rests the Old Lahaina Courthouse, which now houses the Lahaina Historic Society, the Lahaina Arts Council, and the Lahaina Restoration Foundation. The Old Lahaina Fort—a relic from 1831 that was once used to protect Lahaina residents from the unruly sailors who came to port aboard whaling vessels—stands sentry nearby, sandwiched between the Wharf Cinema Center and the Lahaina Harbor. 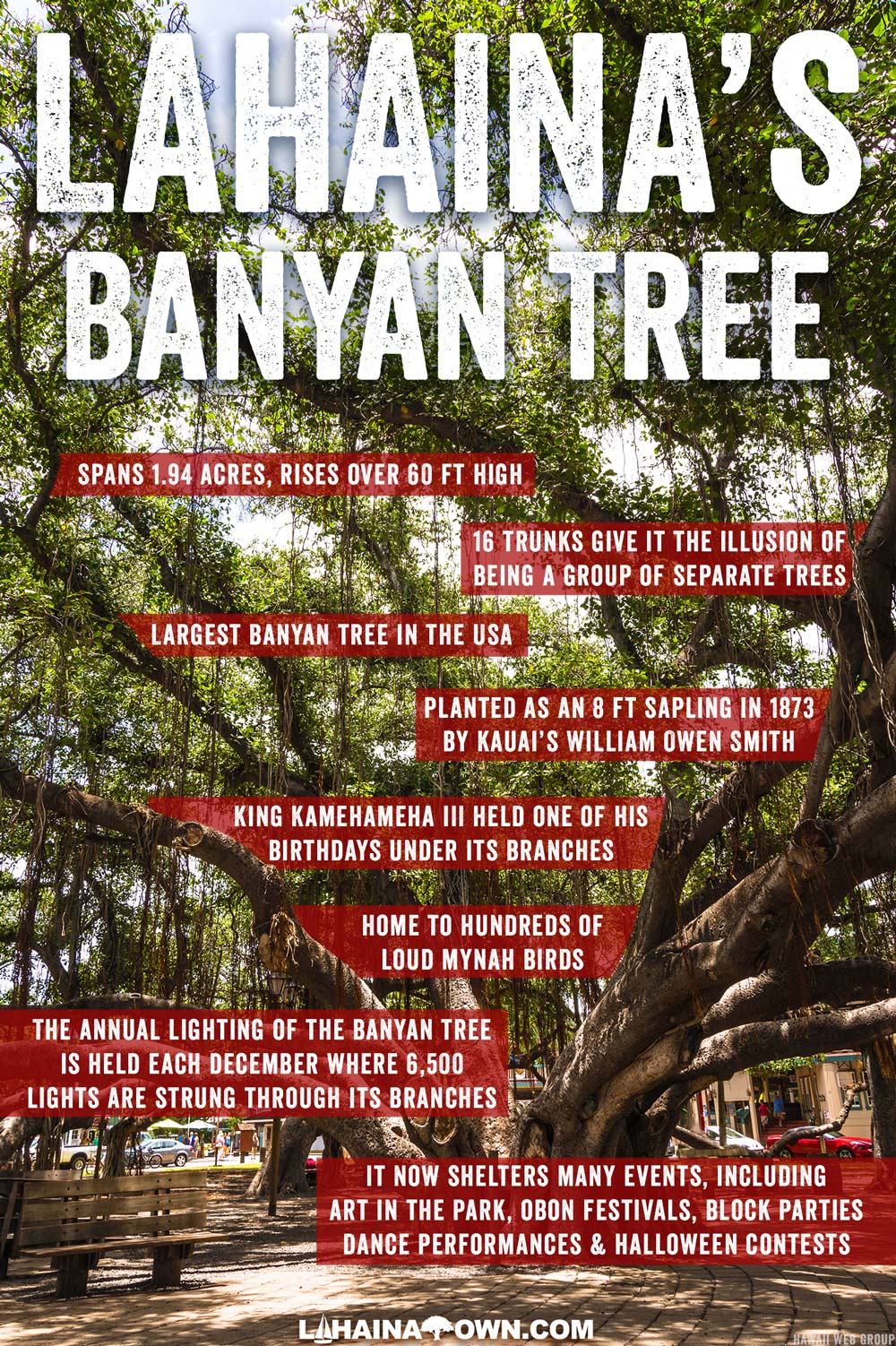 To visitors and kama’aina alike, the park as a whole has long been—and remains—an ideal place to find respite in the shade, to climb the tree’s trunks, to swing from its natural ropes—and to celebrate: King Kamehameha III, the longest reigning monarch of Hawaii, held one of his birthday parties under its branches, while in 1898 the banyan tree saw a large fete when Hawaii was named a U.S. Territory (an event that was just as conflicted as its bygone whaling and missionary days). Numerous events are now held under its vast canopy, including Art in the Park, a twice-monthly event (the second and fourth weekend) that presents works by local artists. On Halloween, a costume contest, for both keiki and adults, is held on a stage overlooking the banyan’s stature. The Annual Lighting of the Banyan Tree—a much-loved event, held at the beginning of December, in which 6,500 lights are strung throughout its branches—draws hordes to its awning as islanders kick off the holidays. Obon festivals, block parties, and dance performances are also held around the Lahaina landmark, reinforcing why in its native India, the banyan is considered a tree of eternal expansion. Maui may have limited square miles, after all, but its spirit, in the end, is downright infinite: The historic tree gave the American Planning Association every reason to name the boulevard upon which it sits one of the ten greatest streets in America. 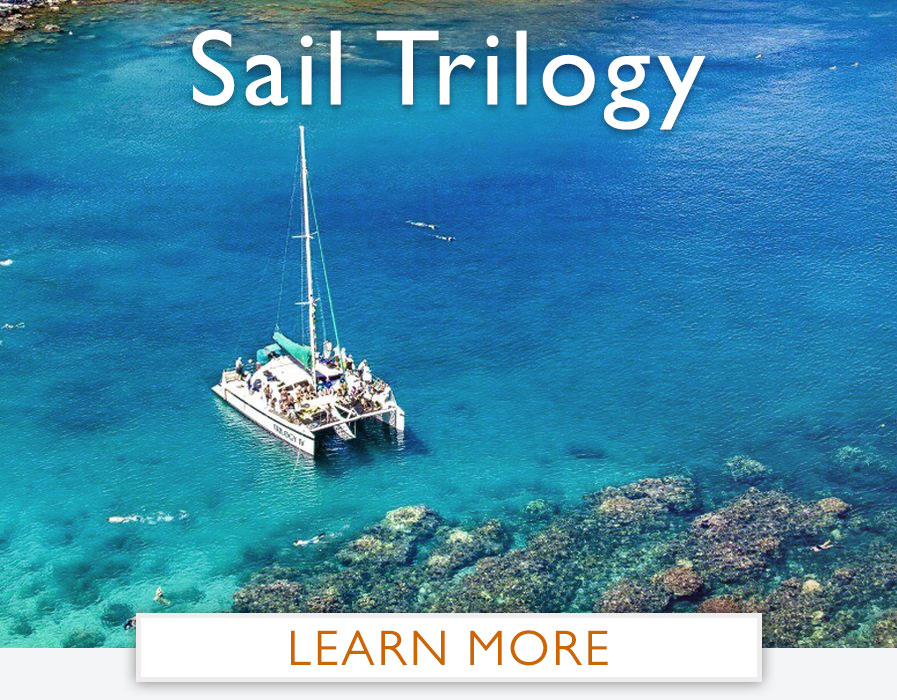 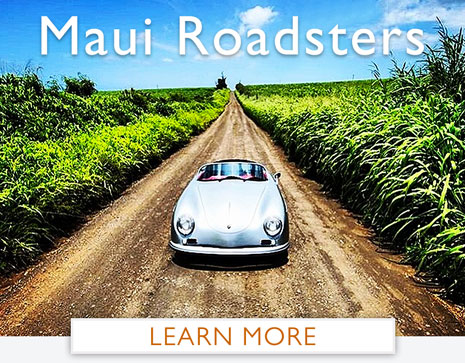 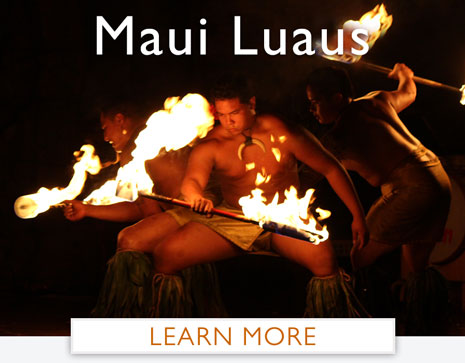 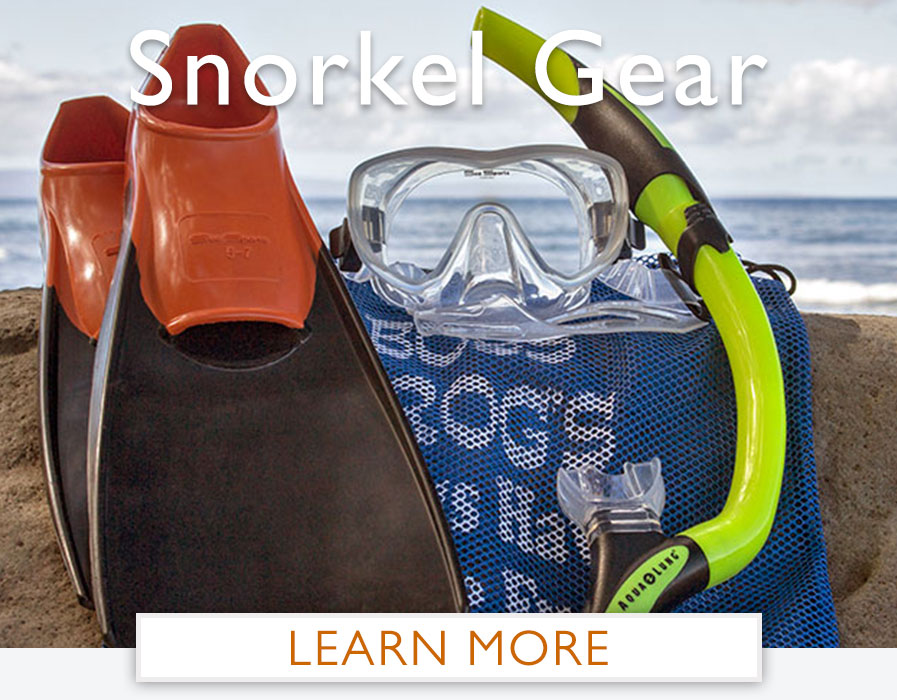 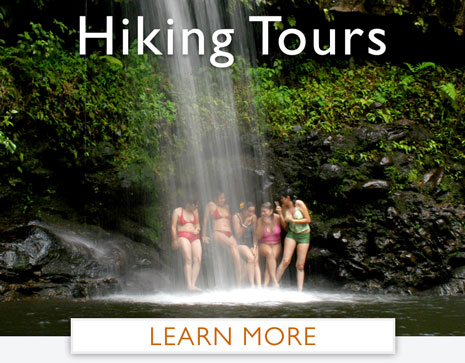 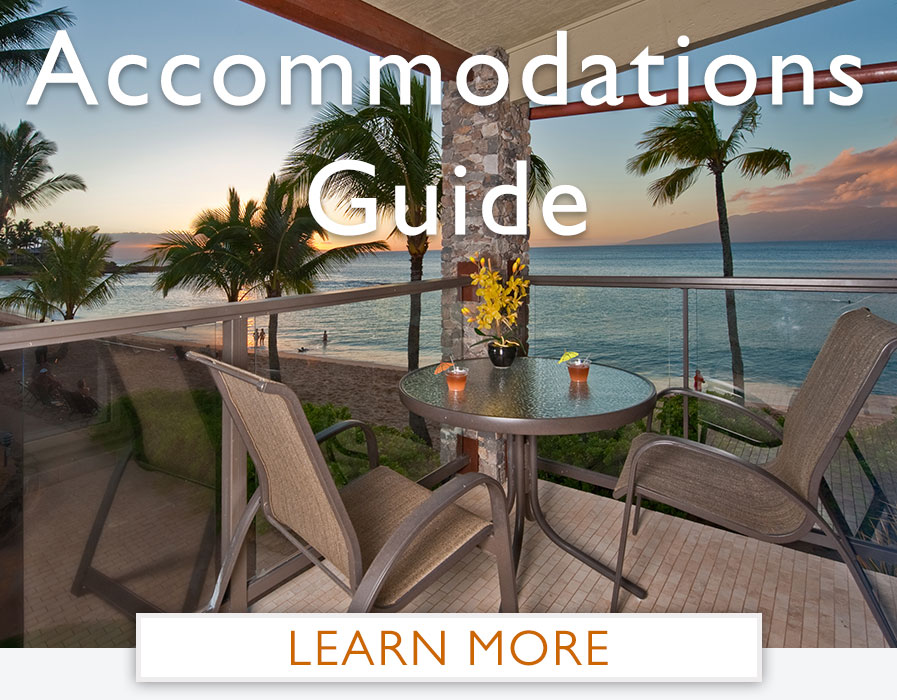 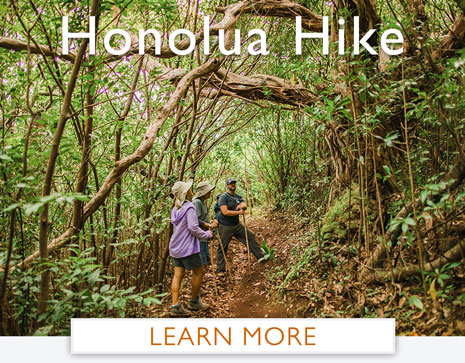